Maps for Sydney, Cipher and Search by Peter Hore 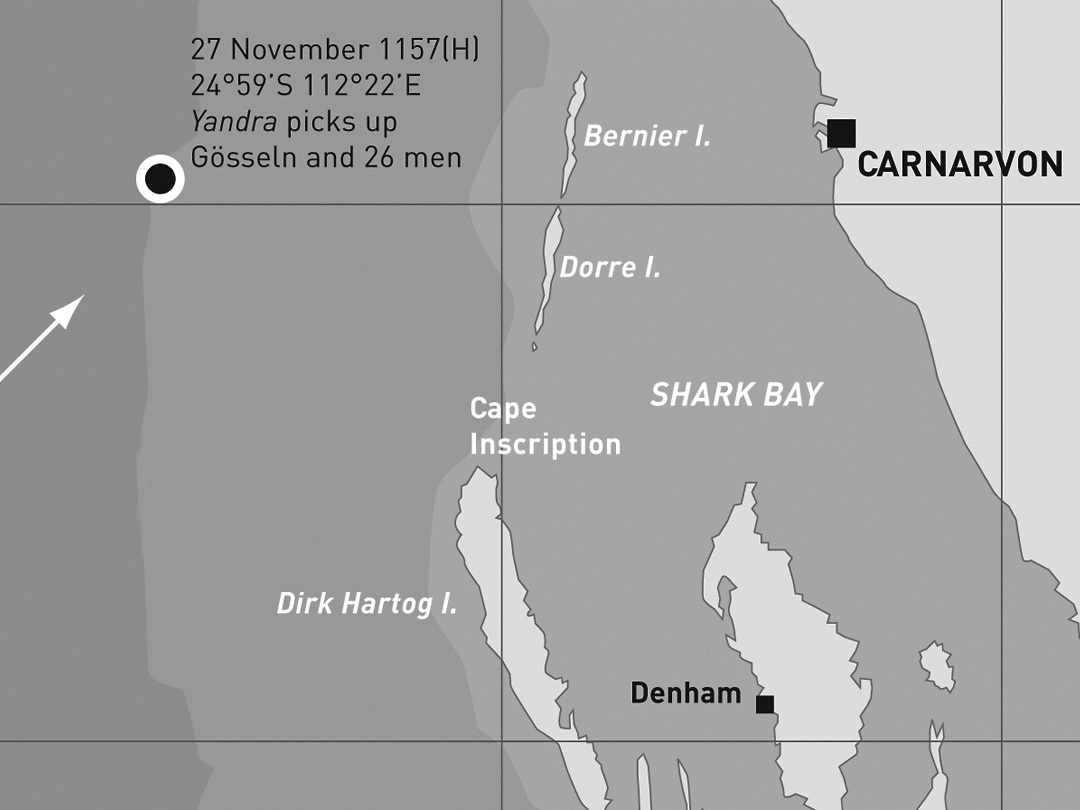 Naval historian Captain Peter Hore tells the story of the Australian cruiser HMAS Sydney, which disappeared with all hands in December 1941, following a battle with a German raider, also sunk. German survivors accounts were distrusted, but proved true. The design brief for the illustrated paperback book included the cover design with photomontage illustration, the page layout including art paper photo sections, the optimisation of numerous photographs and document images, and the creation of maps and cryptographic tables, along with graphics for an accompanying DVD, a banner display and a series of print adverts. 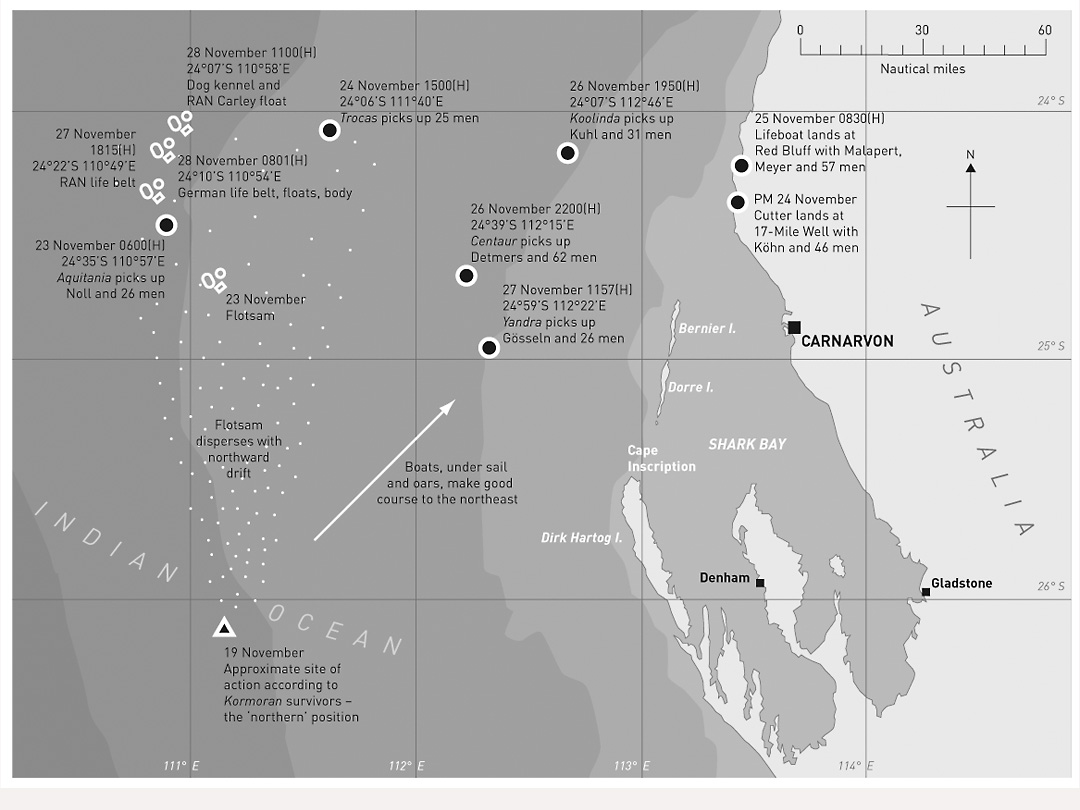 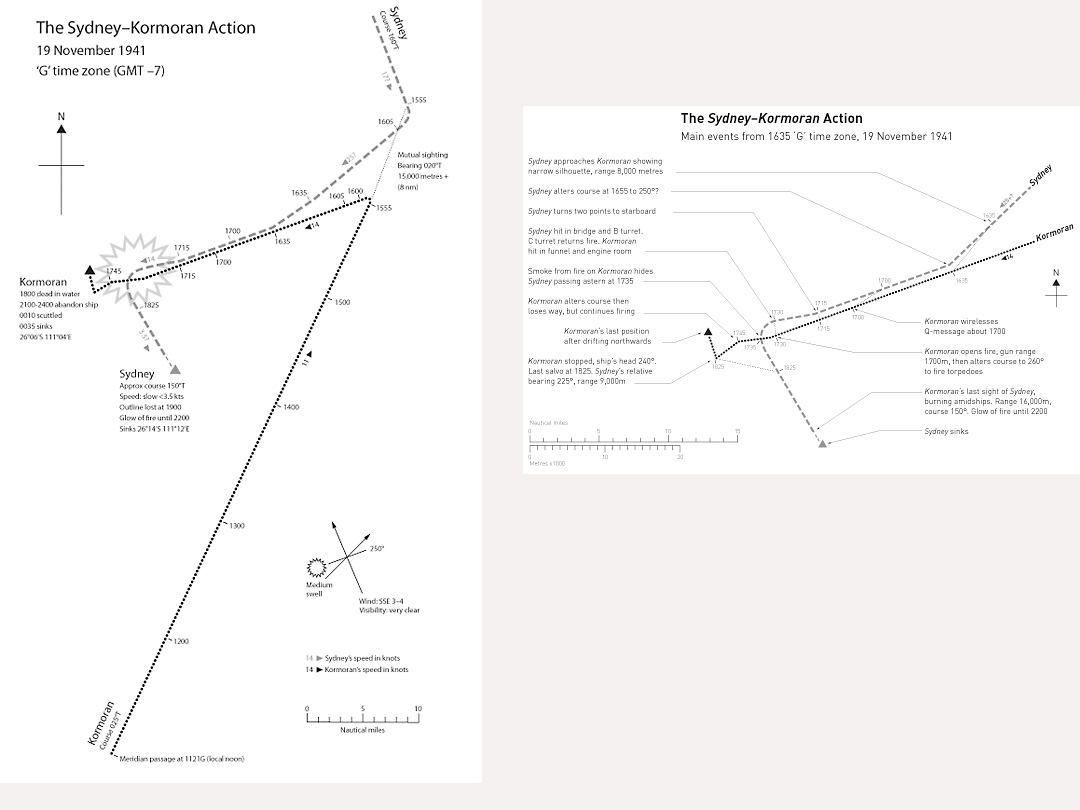