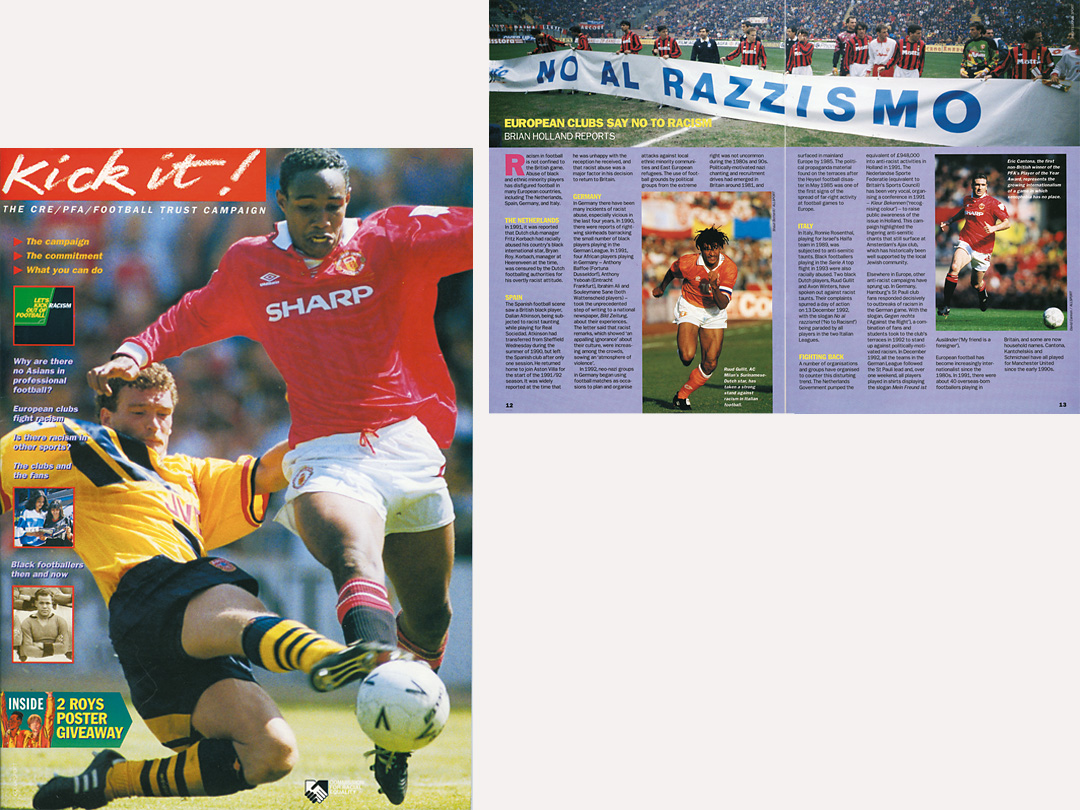 The magazine Kickit! was a component of the campaign to combat racism in football, launched by the Commission for Racial Equality, on the initiative of its then Chair, Herman (now Lord) Ouseley, in partnership with national football organisations and Premier League clubs. The campaign won PR Week’s 1994 Cohn & Wolfe Award for Best Charity or Non-Commercial Campaign.