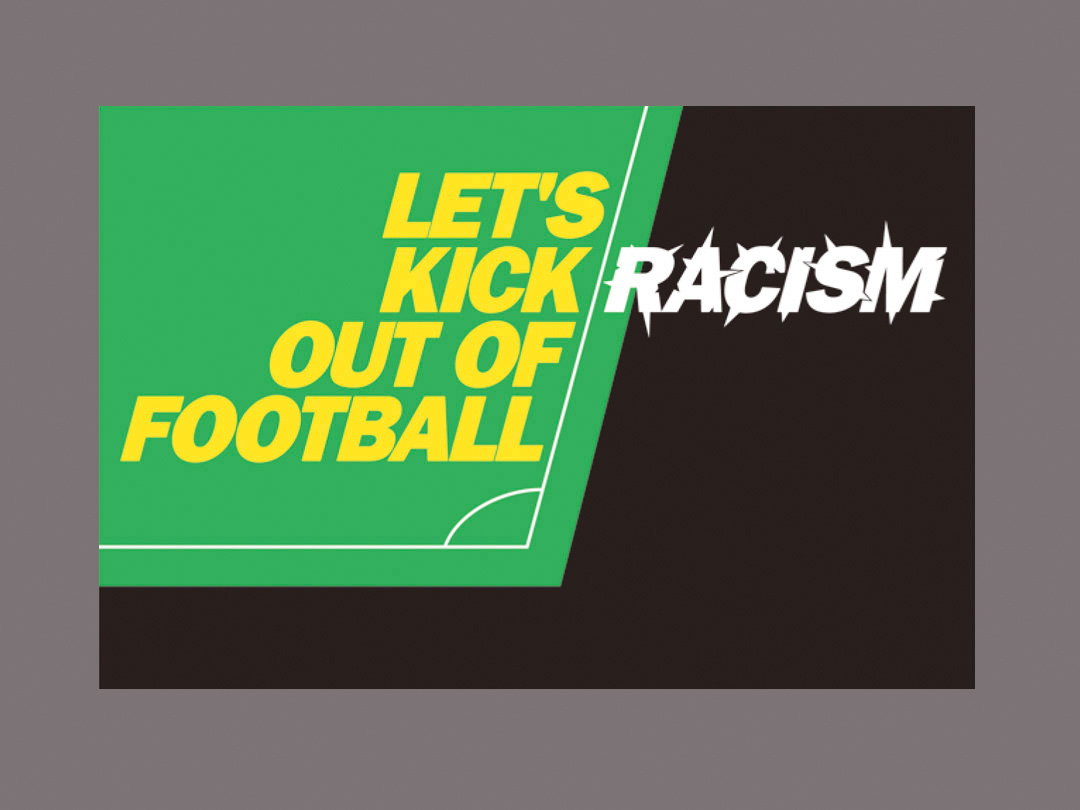 Logo for a campaign launched by the CRE with national football organisations and Premier League clubs. The campaign won PR Week’s 1994 Cohn & Wolfe Award for Best Non-Commercial Campaign. The organisation Kick It Out, chaired by the campaign’s progenitor, Lord Ouseley, used the logo until it broadened its remit beyond football. Photo of the England captain in 2004 (©PA) by kind permission of David Beckham, the FA and Kick It Out. 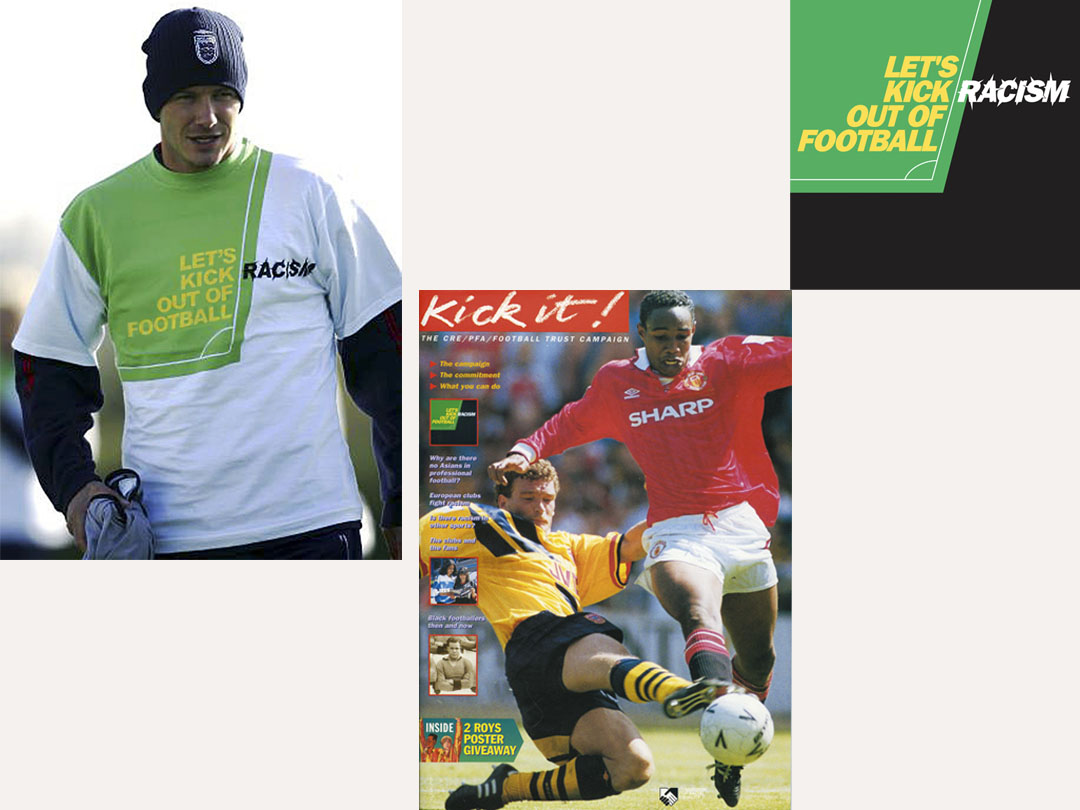