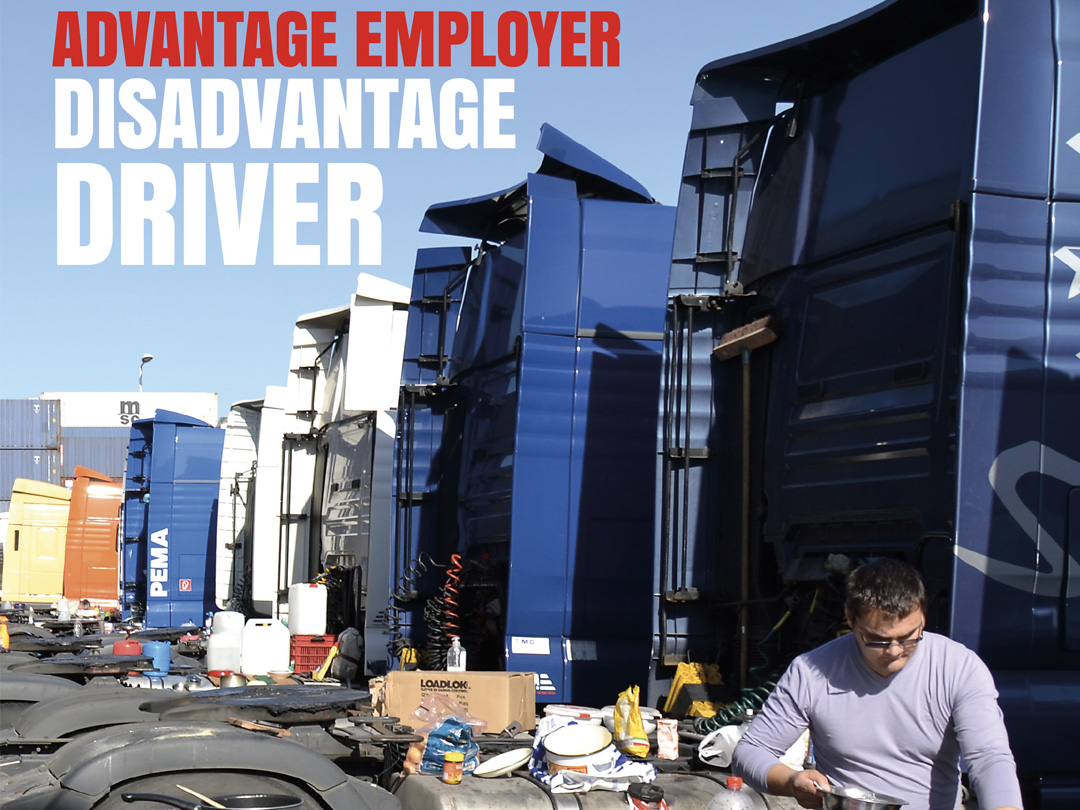 ETF is a Brussels-based confederation of trade unions covering the entire transport sector in over 40 European countries. As part of a wider campaign in road transport, the brief was for a set of leaflets in several languages, with common styling according to the visual identity of the campaign, to strengthen opposition to proposed new EU rules that will require lorry drivers to work longer hours with less rest. 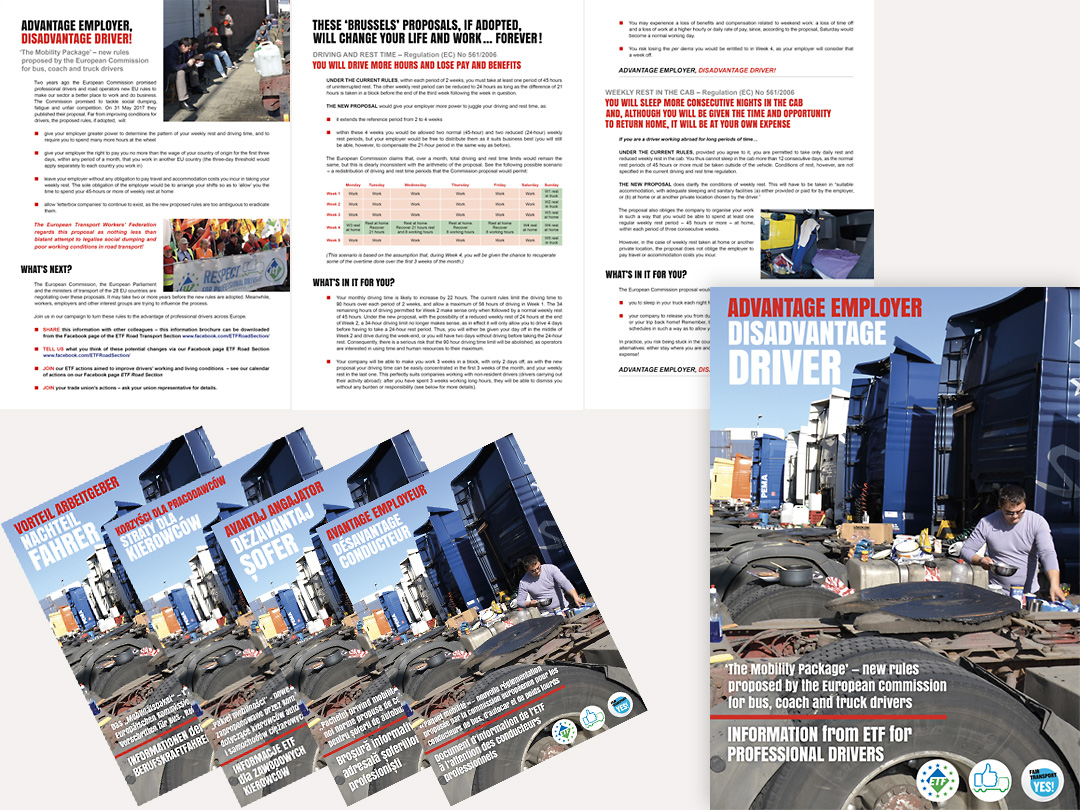